Posted on by in Blog, Radiation with Comments Off on What is Radiation?

Radiation in its simplest terms can be defined as the transfer of energy in the form of waves or particles through space and matter. It is generally categorized into two forms – ionized, which is named due to its high kinetic energy and ability to ‘ionize’ atoms or molecules, and non-ionized, which of course is unable to ionize the matter it’s passing through. It’s this ionizing form in particular that can be harmful to humans, as the kinetic energy that this radiation possesses is strong enough to break the chemical bonds that comprise organic matter. 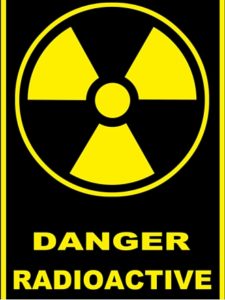 To understand how radiation becomes ionized in the first place matter needs to be looked at on a molecular level. An excess of energy or mass (or both) in an atom causes it to become unstable due to the nature of its structure. In its unstable form this excess energy has to be emitted for the atom to re-stabilize. It is therefore this emission of energy that is categorized as ionizing radiation.

Common examples of ionized radiation are ultraviolet, gamma, alpha and beta waves. X-rays also produce ionized radiation in the form of electromagnetic waves. The absorption of these waves based on the differing densities of body matter is how X-rays are used to examine bones during an injury.

Huge disasters such as those witnessed at Chernobyl are a result of reactions which also produce ionized radiation. When these reactions escalate out of control, so much excess energy is produced that massive cooling processes are needed to reduce the heat. If these cooling processes fail, a meltdown is the result.

Ultraviolet radiation produced by the sun is another form of ionized radiation, however due to the nature of our ozone layer and atmosphere the vast majority of high-energy UV radiation is absorbed before reaching the ground.

Radiation in this form is generally too low-energy to ionize atoms, and as a result only has enough energy to affect the rotational, vibrational or electronic valence configuration of molecules and atoms. This form, however, is still able to produce some amount of ionization due to heat. While ionized radiation can cause ionization with single particles, large amounts of non-ionized radiation can become ionizing if enough heat is deposited. This phenomenon is known as thermal ionization.

Examples of non-ionized radiation can be found throughout many consumer products that aren’t particularly harmful when exposed to. Examples include microwaves, visible light, infrared and radio waves.

Harmful forms are also possible, especially in the case of Ultraviolet radiation which is non-ionized at low wavelengths. While Ultraviolet can provide health benefits in the form of Vitamin D, negative side-effects such as DNA damage, cancer, and damage to collagen are possible during prolonged exposure.

As seen above, humans are exposed to many forms of radiation on a daily basis. Whether it’s background radiation from sources such as the sun, or consumer products like a microwave, radiation is unavoidable and mostly harmless. Only when the radiation has enough kinetic energy to break chemical bonds and is ionized do significant harmful effects occur.