Posted on by in Blog, Radiation with Comments Off on Top 5 Sources of Radiation in Everyday Life

Radiation is a very broad term – both naturally occurring and man-made – but it is widely recognized as something you want to avoid, especially in high doses. The sources and types differ, but the overall effect of exposure to the kinds of radiation that cause damage to your body’s tissues is an increase in cancer risk. 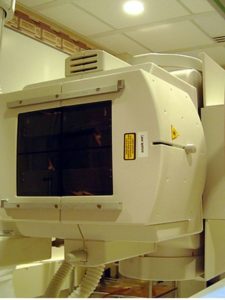 Cancer and birth defects are proven effects of what is called “ionizing” radiation, which gives an electrical charge to the matter it passes through. This kind of radiation is emitted during nuclear reactions and from X-rays. For other types of non-ionizing radiation – such as radiofrequency waves from microwaves, cell phones, and Wi-Fi – scientists have been conflicted on how they cause mutations.

Either way, it’s best to reduce your exposure and to be informed on the doses various sources emit.

To put things in perspective, exposure to a dose of 1,000,000 millirem (mrem) would be immediately lethal, but even nuclear reactor meltdowns such as Chernobyl and Fukushima do not give off this amount per individual. (Long-term effects of residual reactive material pose the serious health risk.)

Americans average between 370-620 mrem per year. Your lifestyle and where you live can increase or decrease this number. Yes, where you live in the continental United States affects this number. Sorry, Denver residents – your city’s altitude and thin atmosphere exposes you to an additional 50 mrem more radiation yearly than a New Yorker with similar personal habits.

Apart from uprooting to a new city, you can begin to minimize your exposure to radiation by being informed of these 5 everyday sources of radiation:

The average American over the age of 2 watches 4.5 hours of TV daily. The electrical conductivity in TV sets and computer monitors gives off a minimal amount of X-rays: 1 mrem per year to the typical consumer. However, there are more urgent health hazards such as obesity if you pass several hours per day immobile in front of a screen.

A colorless, odorless gas given off by decaying uranium seeps into the foundation of one out of 15 American homes and takes up residency in their basements. Luckily, you can test your house for high levels of radon and take the necessary steps to protect your family from this gas by consulting www.epa.gov.

Obviously one does not undergo medical imaging procedures on a daily basis, but as the most common source of exposure for Americans beyond normal background radiation, medical imaging bodes mentioning.  Medical imaging procedures such as dental or chest X-rays send 10 mrem to the patient. Mammograms log in at 138 mrem per image, and CT scans can deliver up to 1,000. An even higher dosage procedure, the colonography, produces 10,000 mrem, which increases your risk of cancer by 1%. However, if your doctor recommends any of these procedures, you’re better off taking the radiation risk than declining the procedure.

Cell phones emit radiofrequency waves, a non-ionizing form of radiation, albeit at a low enough dose that there are no established health effects.

Here you can find out more about how to avoid radiation from cell phones.

It should come as no surprise that cigarettes causes health problems even beyond the carcinogens in the tar component of smoke your body takes in with each inhale. Heavy smokers increase their radiation exposure by 870 mrem per year – more than doubling or even tripling their exposure compared to non-smokers.

Keep in mind that most these quotidian objects and personal habits expose you to what, in the end, is a minimal amount of radiation. To learn more about the sources and risks of radiation, consult the International Atomic Energy Agency’s findings on radiation in everyday life.