When it comes to low carbon electricity, nuclear and renewable energy are the top competitors in most countries. But renewables often get a bad reputation because proponents of nuclear (typically nuclear energy companies) want to protect their bottom line.

There is a lot of misinformation about renewable energy perpetuating the media and the Internet. Today, we’re going to debunk these myths.

1.    Renewable Energy is Not Ready to Replace Fossil Fuels. Nuclear Is.

There are only four Generation 3 reactors in operation today, all of which are in Japan. Their performance has been unimpressive thus far. There are no Generation 3+ reactors operating today, but there are several under construction in the U.S., Europe and China. Unfortunately, these projects are all behind schedule and way over-budget. 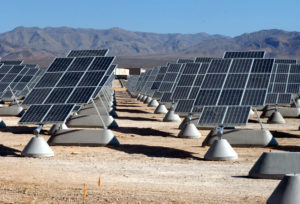 It can be argued that nuclear energy is the one not ready to replace fossil fuels.

Wind and solar are seeing rapid growth and quickly becoming more affordable. Solar and wind farms can be planned and constructed in just 2-3 years and can easily replace fossil fuels right now.

It is true that on-ground solar farms and hydro-electric dams can occupy large areas of land. However, rooftop solar panels, which are highly prevalent in Australia and Germany, require no additional land.

On-shore wind farms are usually located on farms, and occupy just 1%-2% of the land. How much land they require will be dependent on the type of wind turbine. A horizontal-axis turbine typically requires less space than the vertical-axis design. These have two or three blades and operate upwind, meaning the blades face the wind (similar to how the electromagnet works in the best rowing machines on the market).

It is true that nuclear energy and most renewable energies release no CO2 while in operation. However, when you compare the entire life cycle for nuclear (from mining raw materials to managing waste) to renewables, it’s easy to see that nuclear is far from eco-friendly.

According to Manfred Lenzen, life-cycle emissions for nuclear are around 60 grams of CO2 per kilowatt hour when using high-grade uranium ore. Natural gas produces 500-600 grams, while wind produces 10-20 grams.

Experts say there are only a few decades of high-grade uranium ore reserves left. Over time, the ore-grade will decline, making nuclear even less efficient. Mining will need to occur more frequently, which will require the use of diesel-fueled equipment. Greenhouse gas emissions will undoubtedly be higher.

Lenzen estimates that when low-grade uranium is in use, the life-cycle emissions for nuclear will increase to 131 grams per kilowatt hour.

4.    Nuclear Energy is a Great Partner for Renewable Energy

Proponents of nuclear energy argue that it can be used on the same grid with renewables, but the two are poor partners.

5.    The Nuclear Waste Storage Problem Has Been Solved

High-level nuclear waste is currently being stored in dry casks or pools. There are no permanent repositories in place anywhere in the world. The proposed storage repository at Yucca Mountain was canned after spending $13.5 billion. Finland and Sweden are currently working on underground repositories.

Even if a permanent storage solution can be found, there are still social and economic issues to consider, as the waste must be stored for 100,000 years.

Renewable energy, on the other hand, requires no permanent storage solution because it produces no waste.

Nuclear energy, while eco-friendlier than coal, still poses problems in the fight against climate change. Renewable energy is not perfect, but these myths are slowing progress in the industry, which could resolve these issues.