Posted on by in Blog, Radiation with Comments Off on Do Lasers Emit Radiation?

Lasers play an important role in our daily lives, even though we don’t think about them too often. Unlike sunlight, lasers are intense and narrow beams of light that don’t exist naturally. Only the technology created by humans can create them, and they’re just one color. Barcode readers in supermarkets, eye clinics and the external DVD drive for your laptop (like the ones in this best external DVD drive guide) all use lasers. So do full-body airport scanners. Officials from the TSA (Transportation Safety Administration) insist these machines are safe, but not everyone is convinced. Be that as it may, the scanners are meant to keep travelers safe from the ever looming threat of terrorism. 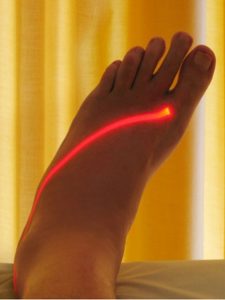 Lasers have proven benefits, but there is a negative side to them. Radiation is energy emitted as electromagnetic waves. Do lasers emit radiation? The short answer is yes, they do. Some lasers discharge radiation that we can’t see, notably ultraviolet and infrared radiation.

Removing hair from the back, chest, arms, and face has become a priority for many people who are tired of endless shaving and plucking. Locating a clinic specializing in laser hair removal is easy enough. Although it may seem attractive to get rid of that disagreeable hair, there are slight risks to the patient if the procedure if performed hastily. For instance, laser hair removal can result in irritation and changes in the skin pigment, either making it lighter or darker.

That being said, in a laser hair removal clinic, the light waves release non-ionizing radiation. Simply put, when hair removal is done carefully, the energy is absorbed in the uppermost layers of the skin and doesn’t cause any type of mutation. It is worth noting, however, that hair removal takes more than one just session.

The Classifications of Lasers

The eyes are sensitive to the effects of laser radiation, and caution must be exercised depending on what type of laser is used. Class 1 lasers aren’t capable of dispersing harmful radiation. Class 2 lasers give out mild levels of radiation but adequate protection is provided by the blink reflex. However, prolonged viewing could result in eye damage.

Moving up the scale, Class 3 lasers should be used with greater care. There are two subcategories of these lasers: 3r and 3b. The former wouldn’t cause harm if viewed only for a few seconds, and the latter beam would cause damage to the eyes if viewed directly. Class 4 is the highest class of laser radiation. This type of laser isn’t safe to look at, and doing so might result in permanent loss of sight.

Additionally, class 4 lasers can cause fires.

Lasers were invented in the 1960s, and the U.S. military is spending a lot of money to make lasers faster, smaller, and more far-reaching. For instance, lasers are being used to develop better communications between two distant locations, but without building costly infrastructure. To blind, or, at the very least disable enemy soldiers, a weapon nicknamed the “Dazzler” is supposed to have the ability to do just that – but it’s non-lethal. Hand-held laser guns used to melt enemies don’t exist yet. But, who knows? They might appear in another decade or two.